Time to make your mind up about hyphens

This Friday’s Phrase is pussy-foot. To hyphenate it or not? Here’s an example found in the Oxford English Dictionary from 1916 (The Daily Democrat from Woodland, California):

He pussyfooted all right. He declared in grandiloquent style for undiluted Americanism, but he had nothing to say about hyphenism.

Of course, to hesitate over this is mere pussyfooting – not something Prime Ministers and Archbishops have time for.

Which reminds me that yesterday’s tweet and blog post have become today’s Guardian headline for the turbulent priest. I’d like to say it was because this blog is so influential that it’s read throughout Westminster, but I suspect the mundane truth is that the wording was so apposite that even a journalist on a proper paper couldn’t resist.

Meanwhile, back in the OED, I’m both disappointed and intrigued to discover that hyphenism has nothing to do with lexicography but ‘the state of being a hyphenated American; the attitude or conduct involved or implied by this.’ Wikipedia offers some enlightenment that explains why this would be an issue in Woodland in the middle of the First World War:

Hyphenated American is an epithet commonly used from 1890 to 1920 to disparage Americans who were of foreign birth or origin, and who displayed an allegiance to a foreign country. It was most commonly used to disparage German Americans or Irish Americans (Catholics) who called for U.S. neutrality in World War I. Former President Theodore Roosevelt was an outspoken anti-hyphenate.

This particular issue may have faded into the mists of history (though divided loyalty still seems a hot topic to some American politicians), so how about adopting the term anti-hyphenate for those in favour of email rather than e-mail and other stylistic simplifications? That’s still stirring up debate – see Think hyphens aren’t contro-versial in The Guardian and Substuff‘s tweet yesterday:

‘Keep an eye-out for all our latest reviews.’ What is the reasoning behind that hyphen?

On this, it’s time to stop pussyfooting: I’m definitely an anti-hyphenate. I think. 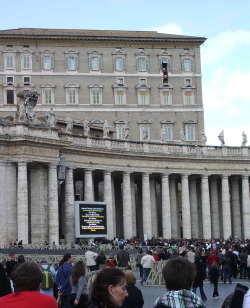 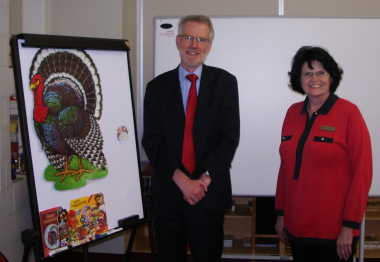 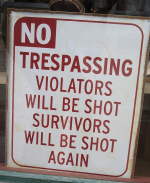 This YouTube video gives a fascinating insight into what US high school students think it means to be ‘American’ and ‘British’.

It was created by students at Sacramento New Technology High School, USA to help students at Ninestiles Technology College in Birmingham, UK, with a project about identity. Ninestiles doesn’t seem to have produced a reply, which is a pity – but also a great opportunity for others.

See the video on YouTube, where you can choose high quality streaming and see related material.

Interesting footnote: Weed is where George and Lennie have fled from in Of Mice and Men.