More votes for poets? Not if they’re dead….

Gordon Brown called on ‘the great poet William Blake’ to support his campaign, as noted in an earlier post. Not to be outdone, the other contenders have brandished their poetic sensitivities on the National Poetry Day site. It looks as if this could be a coalition squabble, since Lib-Dem leader Nick Clegg also wants to lay claim to Blake, citing ‘Eternity’: ‘it’s a fantastic way of saying “seize the day” and the perfect poem to read in times of trouble, really uplifting.’ It’s time to ‘seize the day’ yourself, Nick!

David Cameron chose Wilfred Owen: ‘I still remember the first time I read his poems and the incredible power and anger about the First World War. For me, they were literally an eye-opener.’ Literally, David? Were you normally asleep during poetry lessons at Eton? I can feel a Lear moment coming on:

Get thee glass eyes;
And, like a scurvy politician, seem
To see the things thou dost not.

This politician can hear Owen’s anger about about the First World War but is still happy to press ahead with buying Trident nuclear submarines, I recall. Alexander Pope in Rape of the Lock actually preferred a good drink, his politicians only pretend to be blind:

Coffee, which makes the politician wise
And see through all things with his half-shut eyes

Can we have both rhyme and reason at election time? See and hear Danny Chivers’ lively ‘Election Day’ poem here (and on YouTube) and decide where you’ll cast your vote!

Prime Minister goes for the poetry (and nursing) vote

I suspect the Prime Minister has been reading this blog. Today he addressed the Royal College of Nursing Conference in Bournemouth. It seems that like William Blake he’s been seeing angels, for he said: ‘We feel like parents who have been in the presence of angels dressed in nurses’ uniforms, performing the most amazing works of mercy and care. And I will never forget seeing in real time every minute of the day that idea of service and selflessness summed up by the great poet William Blake:

‘That is the spirit of nursing,’ he said, to (of course) rousing applause. Only last week this same William Blake was quoted on this very blog. He, being dead, cannot be canvassed (not that that stops politicians, of course). I haven’t checked but I doubt Blake ever had a vote (he died before the 1832 Reform Act, though would probably have been too poor to qualify even then). If he had, would he have supported New Labour? As I noted this morning, the Green Party has already laid claim to Blake’s own words in ‘Jerusalem’ about a ‘green and pleasant land’. Blake was a free spirit, unwilling to bound by the chains of a mainstream party – I suspect he would have sympathised with the Greens but probably fallen out with them after a while.

Next question: who would the following poets have voted for? Give chapter and verse – or at least verse, in support of your answers:

Today’s Word of the Day is inspired by attending an election hustings in Glossop last night. The Oxford English Dictionary (thank you Derbyshire Libraries – don’t let them say you never do anything for us) tells us that hustings is ‘from OE. hústing, a. ON. hús-{th}ing, house-assembly, a council held by a king, earl, or other leader, and attended by his immediate followers, retainers, etc., in distinction from the ordinary {th}ing or general assembly of the people (the OE. folc{asg}emót, FOLKMOOT).’

My own impression of the would-be MPs was that they were a rather less sophisticatedly fluent bunch that I fondly imagined the ‘kings, earls, or other leaders’ of yore. Perhaps a folkmoot is more in tune with our less heroic times? The Green Party candidate, Peter Allen, was the most articulate and passionate and seemed to have done more homework on the questions. Literary Connections has to warm to someone whose slogan, ‘for a green and pleasant land in High Peak’ echoes William Blake and who also strongly recommended The Spirit Level

, a book already mentioned here. The Conservative candidate said that now he’s canvassing he doesn’t have time to read books (I pointed out to Andrew Bingham that, rather cheekily, David Cameron cited the book in his Hugo Young lecture last year – though the authors of The Spirit Level rejected the conclusions he attempted to draw). The Tory’s real shock, however, was his praise for arch-left MP Dennis Skinner, the fabled Beast of Bolsover who represents all that Conservatism, even in its new guise, is not. Unfortunately, he bracketed him in his commendation of independence of spirit with Sir Nicholas Winterton, the Macclesfield MP who recently described standard-class rail passengers as ‘a totally different type of people’ to persons of his ilk. Clearly Sir Nicholas is not a man for meeting folk or even a folkmoot.

The Spirit Level
St George’s Day again and the High Street is festooned with flags. We must be proud of our local saint – though as Judith Maltby points out, he probably wasn’t local at all, at least not to England.

Perhaps this excitement is a sign of election fever? There’s certainly been some here; for the first time I can ever recall, a Parliamentary candidate has come to the door – the kind of good old-fashioned politics that makes you proud to be British. Actually, first to call was a canvasser who said ‘I’m looking for Tories: are you one?’ I vacillated but added that since it’s a very close race in High Peak, I’d love to talk about the issues. He responded: ‘I’m a messenger, not a missionary!’ However, he did then bring Andrew Bingham, the Conservative candidate, to the door – and I didn’t even inquire whether the non-dom Lord Ashcroft was funding their campaign.

I forgot to ask whether he agreed with Shelley that ‘poets are the unacknowledged legislators of the world’ – that might have been an opening to ask his views of the current Poet Laureate too. (Should one select an MP on the basis of poetic preferences?) I did however have a question about inequality, prompted by my current reading of Wilkinson and Pickett’s The Spirit Level: Why Equality is Better for Everyone

. I should have quoted William Blake:

Is this a holy thing to see
In a rich and fruitful land,
Babes reduced to misery
Fed with cold and usurous hand?

There are sharp questions about this in a letter from Rev Dennis Nadin in today’s Guardian: ‘Where is the voice of the poor to be heard in this election?’

fame) in a short video about the constituency by John Harris called Hang Parliament! on the Guardian site. It seems from this that although the Conservatives want us to ‘vote for change’ that doesn’t mean any change to the voting system. Perhaps, as Lord Curzon found out, it will all end in tears? 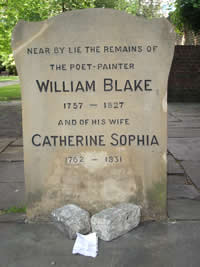